Finding The Legal Counsel I Needed

Finding The Legal Counsel I Needed 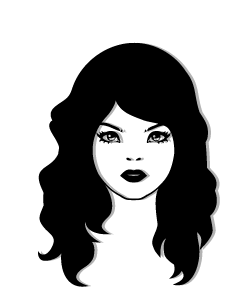 As soon as I came to this country, I fell in love with it, which is why I decided to work with an immigration attorney. I wanted to make sure that my citizenship status remained clear, so I worked with the lawyer to identify all of the potential challenges I could face. It was a long road to becoming a permanent resident, but within a few years, I was receiving my social security card in the mail. Check out this blog to learn more about how to find the right immigration counsel you need to secure your status, and why it matters.

When you want to call a new country your home, it …

Immigration is a complicated business, no matter h …

Read More
Need Help Staying In The Country? What You Need To Know About Seeking Asylum Status
27 June 2018

If you've entered the United States as an asylum-s …

If you are an immigrant, one of the last people yo …

If you are looking to conduct legal business in a …

The I601a, along with its predecessor the I-601 Application for Provisional Unlawful Presence Waiver, grants a waiver of the automatic ban for illegal presence in the United States. The expansion greatly increases the number of potential immigrants that are eligible for the waiver, allowing more families to remain together in the United States while immigrant visas are being processed.

However, just as in previous incarnations of the waiver, approval of the application is still somewhat arbitrary, relying on terms such as "undue hardship" to determine if a beneficiary is qualified to have illegal presence waived.

What is the history of the waiver?

In order to explain the expansion, it is necessary to understand the history of the waiver. The original I601 application was designed to allow individuals with an approved immigrant visa to escape the automatic ban from re-entering the United States after staying it the country illegally. Because the process of securing the actual visa may take several years, some applicants choose to stay in the United States illegally to remain with their families.

The ban for under six months of illegal presence is three years, while the ban for staying in the country for an aggregate of between six months to one year (either one continuous stay or several smaller stays) is ten years.

If an applicant with an approved immigrant visa petition is residing in the United States illegally, they must return to their home country for the final interview and to receive their visa. This would normally subject them to the automatic ban. However, in the past, after being turned down for the visa because of the automatic ban, their U.S. citizen relatives could apply for the I601 waiver.

This forced the individual to remain in their home country for several months as the waiver was being processed, and was limited only to the immediate relatives (parents, spouses. and minor children) of United States citizens.

Why was the I601a waiver adopted?

The I601a waiver, adopted in 2013, allowed the immediate relative of a United States citizen to apply for the waiver while still in the United States. This allowed those with approved waivers to return to their home countries for their visa interviews and return to their families upon receiving their visas. The individual could also leave the United States with the assurance that their petition was approved and that they would not be stuck in their home country for many years if it was denied abroad.

The expansion of the waiver allowed permanent residents of the United States to petition for the waiver, instead of restricting the qualification to United States citizens. It also expanded the qualification of the beneficiary to any relative with an approved family based immigrant petition, not just immediate relatives. This greatly expanded the number of families that could potentially benefit from the waiver.

Qualifying for a provisional waiver

Unfortunately, there are still no clearly defined qualification for approval for a waiver. The U.S. petitioner must prove that their family will endure "undue hardship" if their beneficiary family member is forced to remain outside the U.S. for the period of an automatic ban. The hardship must be placed upon the U.S. relative, not the immigrating family member.

This nebulous term, undue hardship", has no clearly defined parameters, and each application is adjudicated on the strength or weakness of proof of possible hardship. Separation from loved ones for many years doesn't count as undue hardship.

Upon the introduction of the I601a expansion, clarification of the term "undue hardship" was explored. Hopefully, this final hurdle will be cleared and more immigrant families will be able to stay together to realize their dream of living in the United States. For more information, contact a firm such as Carmen DiAmore-Siah Attorney At Law.